Beyond the Beach - Caquetio Rock Art 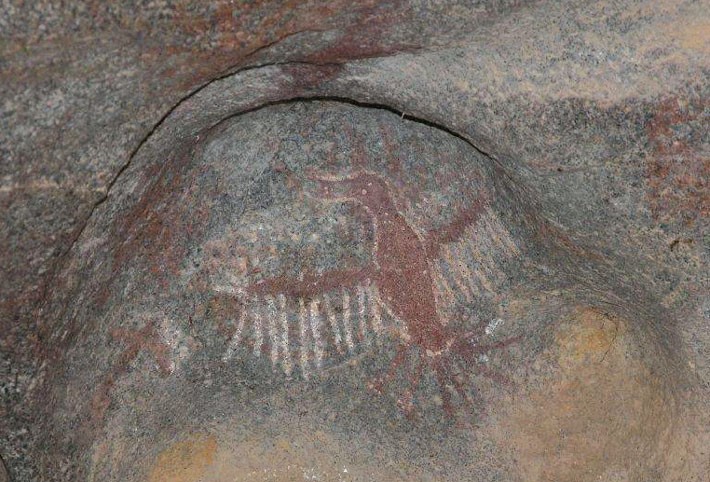 If you look beyond our famous powder-white beaches in Aruba you can find an interesting history which most experts believe began over 4000 years ago with the Caquetio Indians.

Arikok National Park features an astonishing array of rock art made by the island’s first inhabitants, the Caquetío people, who belonged to the Arawakan language family.  Having canoed to the island from northwestern Venezuela, early European accounts describe Aruba as an “island of giants,” as the Caquetío were relatively tall. The Spanish were the first Europeans to colonize the island, followed by the Dutch, who, in the seventeenth century, made Aruba part of the Dutch West India Company, and have governed it ever since. While there are no longer full-blooded Caquetío, vestiges of their heritage remain.

The rock art of the Caquetío people, according to archaeologist Harold Kelly of the National Archaeological Museum Aruba, includes geometric, zoomorphic, and anthropomorphic motifs in red, white, brown, and black. The art at one site, stands out for its complexity, variety, and quantity. “The combination of white and red colors in a single depiction is something that is not only unique for rock art of Aruba,” says Kelly, “but also the rest of the Caribbean, as far as we know.”

Reach out to our concierge team to learn about hiking in Arikok National Park or a visit to the Archaeological Museum of Aruba.